Rattlesnakes and Bonnets: My First Job

When I was a little girl growing up on our ranch in NM, I had a job.  Most kids have jobs, but my job was a little different from the kinds of tasks that kids usually do to earn a little pocket change. From the age of about six to 12, my job was to be our ranch's official rattlesnake hunter.  I rode my horse all over creation all day anyway, so my dad thought it would be a good idea to make me the lookout for rattlers.  We didn't kill other kinds of snakes, but rattlers were dangerous to people, livestock, and pets, so we killed them when we found them.

My snake-wrangling technique was tried and true. Because I'm very fair complexioned  my mother had made a pink bonnet that I was required to wear any time I went outside in the hot NM sun.  Yes, a real 'Little House On The Prairie'-style bonnet.  Since by the '60's bonnets as a fashion statement had definitely gone by the wayside, I was probably the last non-Amish girl in America to daily wear one.  Anyway, off I'd go, bonnet bouncing, pigtails flying, riding my trusty horse all over the ranch day after day, playing out adventurous scenarios with whatever imaginary friends were in my head at the moment- Roy Rogers and Dale Evans, Gene Autry, the Lone Ranger and Tonto, Rin Tin Tin, and even Lewis and Clark.  All the great events of the American west that were pulled from my elementary school history book pages, as well as those exciting 'sagas of yesteryear' drawn from treasured Saturday morning TV shows, happened over and over again, up and down our rural dirt roads and in our pastures- all prime rattlesnake territory! 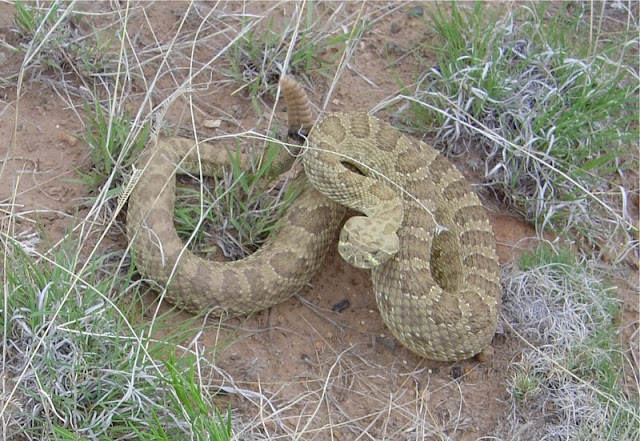 While in the midst of saving a wagon train from Indians, or saving Indians from the cavalry, I would regularly come upon my venomous real-life foe. It happened a dozen or more times per summer.  On such occasions, I employed a strategy that I'd figured out after learning that the smell of humans will make a rattler freeze in place for up to an hour, trying to be invisible and also to be in the best position for defending themselves- tightly coiled and ready to strike.  With the rattler on full alert, rattling his warning loudly and moving into position in preparation to shoot himself forward to bite the intruding horse and rider, I would take off my bonnet and fling it to the ground just a few feet in front of his/her flickering tongue, while my horse danced about, eager to be far from the sound and smell of a creature that he instinctively knew to avoid at all cost.  The smell of the bonnet- or rather, of me on the bonnet would grab the snake's attention, and since they don't see well, they'd rattle those rattles like crazy, and just wait- poised and ready to strike at that 'thing' in front of them that smelled like a human. 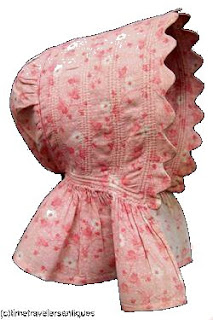 Meanwhile, I would pai-yai back to the ranch as fast as my horse could take me, where I would whoop and yell "Rattlesnake!!" as loud as I could, until one of my parents appeared.  Into the truck they'd jump with gun or shovel- or both, and off we'd go- me racing ahead on the horse to guide the way, and a parent bouncing across the pasture in the truck, back to where the snake was being 'held captive' by my bonnet.  When the snake had been successfully beheaded, the poisonous head buried, and the rattles cut off for a souvenir, I would be paid my whopping 50 cents bounty.

I still have that bonnet, packed away with other childhood memorabilia. Every time I see it, even all these years later, I still feel the shiver that rushes over a person when coming face to face with a rattlesnake.

To view more articles on this site, click here.